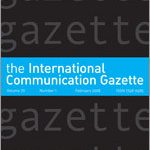 In international communication, adaptation of messages to the audience’s values has been prominently studied. In advertising, a meta-analysis of experimental studies showed that ads with culturally adapted value appeals are generally more persuasive and better liked than ads with culturally unadapted value appeals. This general effect was not observed for studies with Western Europeans. One explanation may be that these studies did not examine individualism-collectivism – whereas adaptation to this dimension has been shown to be very successful. In this paper, this explanation was tested. Six experiments were conducted in which participants from Belgium, the UK or the Netherlands judged an ad with an adapted, individualistic appeal or with an unadapted, collectivistic appeal. The experiments and a subsequent meta-analysis indicate that Western Europeans are not more persuaded by the culturally adapted than by the culturally unadapted value appeals based on individualism-collectivism. This result nuances earlier findings underlining the importance of cultural value adaptation 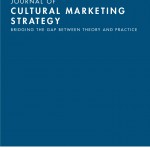 In international advertising, there has been a long-standing debate about standardization versus adaptation. A prominent empirical line of research addressing this issue has revealed that adapting advertisements to important cultural values is beneficial for persuasion and ad liking. Strikingly, this effect is absent for Western Europeans. The present study examines if Western Europeans are sensitive to cultural value adaptation in advertising if individualism-collectivism is primed prior to exposure to the ad. An experiment was conducted in which an ad with an individualist or a collectivist value appeal was presented after exposure to irrelevant primes or to primes consisting of images expressing individualism-collectivism. Results were in line with existing studies: no effect of adaptation was found, even after cultural priming. The results were interpreted through the cultural perspective of dynamic constructivism, according to which the European context may explain why Europeans are as positive about incongruent value appeals as congruent appeals. The experiment adds to the body of research indicating that value adaptation in advertising is not beneficial for marketers in the Western European region. 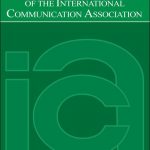 It is a truism that successful persuasive messages should be adapted to audience values. A substantial research literature—not previously systematically reviewed—has examined whether advertisements with appeals adapted to the audience’s important cultural values (e.g., individualism for North Americans) are more persuasive and better liked than appeals that are unadapted to such values. A meta-analytic review of that research finds that adapted ads are only slightly more persuasive (mean r = .073, 67 cases) and slightly better liked (mean r = .082, 66 cases) than unadapted ads. Moreover, these effects were mainly limited to North Americans and Asians and to values related to individualism-collectivism. In this chapter, we discuss explanations for these results and identify directions for future research.

The globalisation of economy forces multinational companies to standardise their advertisement campaigns to reduce costs. Some studies showed that the effectiveness of identical advertisements varies from country to country. The present experimental study investigates whether the appeal to values which are dominant in France and in the Netherlands in an advertisement enhances its force of persuasion towards the respective national audiences. Two versions of a message advertising a watch were created: one appeals to a low uncertainty avoidance culture and the other to a high uncertainty avoidance culture (Hofstede 1991). The respondents indicated their attitudes towards the watch and the advertisement, their purchase intention, as well as the importance that they attribute to certain values and their perception of the advertisement message. The rejection of the hypothesis can be explained either by the remarkable scores of the respondents on the lists of values, or by the perception of the advertisement message by the French respondents.